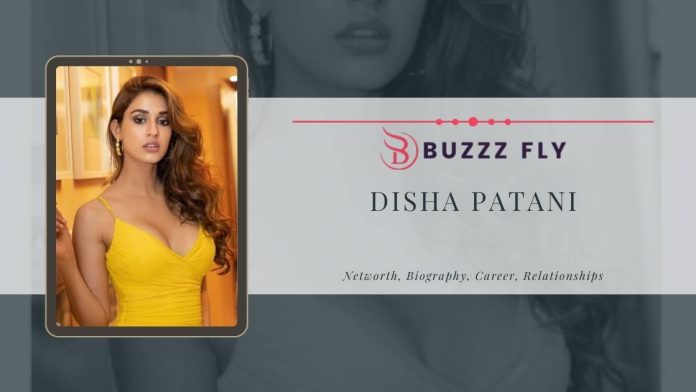 Disha Patani Net Worth: Hot and attractive Disha Patni, no doubt, is a style icon for the young generation. Bollywood Diva made every possible effort to reach to this level. Before entering the acting field, she tried her luck in modeling and received due attention. Telegu movie “Loafer” marks the beginning of her film career.

Well, the girl hails from Brailey (Uttar Pradesh) and her birthday falls on 13 June 1992.

Talking about her family, Disha is a part of the upper-middle class Khastriya (Rajput) family. Sh Jagdish Singh Patani, her dad, is DSP in UP Police while her mom is a house maker. She has one elder sister named Khusbhoo Patani who is captain in Indian army. Disha admires her and considers as her idol. Suryansh Patani is her younger bro.

Although, her birthplace is Bareily she feels connected to Tanakpur, Uttrakhand.

She joined Amity University, Lucknow for her graduation degree. But left her studies of Electronic Engineering midway (in 2nd year) due to her passion for modeling.

The talented girl started receiving modeling offers when she was in the first year of college. She then decided to left the college and participated in “Femina Miss India Indore 2013”. There, she stood second in the contest. Next, she gave audition for movie “Heropanti”, but unfortunately, she was not selected.

She made starting with Telegu movie “Loafer” in the year 2015. Here, she worked with actor Varun Tej. Her character name in the movie was Mouni, the girl who runs from her marriage. However, the movie didn’t perform as per expectation.

In 2016, she was seen in the movie “MS Dhoni: The Untold Story”. It was a biopic based on the life of well-known cricketer Mahender Singh Dhoni. Here, she played the character of Priyanka Jha (Dhoni’s ex-girlfriend) who died in an accident. For the movie, she also learned the Asuri language.  Sushant Singh Rajput and Kiara Advani also acted in the movie and it earned huge earning of around of ₹ 2.16 Billion. She got an appreciation for her role and never looked back.

Next year i.e in 2017, the rising star got the opportunity to show her talent in Indo-Chinese movie “Kung Fu Yoga”. Disha shared the screen with renowned personality Jackie Chan. To give her the best in the movie, she also took training for marshal arts. Indian actor Sonu Sood was also a part of this multi-lingual comedic action adventure film.

She played a Cameo role in “Welcome to New York” in 2018. The same year in “Baaghi 2”, she was seen with Tiger Sherof. Portraying the role of Neha, it was a big blockbuster hit. Well, the movie was a sequel of its first part “Baaghi”.

This year also (2019), she performed in Ali Abbas Zafar’s movie “Bharat”. She played a trapeze artist and worked with Salman Khan. Even she did a small role in the movie but gained attention with famous track ‘Slow Motion’. Mohit Suri’s “Malang” is Disha’s upcoming project.

The girl was in a relationship with actor Parth Samthaan. The boy acted in the movie “Kaisi Yeh Yaariyan”. But all this ended after some time. Coming to her current status, she is dating actor Tiger Shroff.

Disha wins everybody’s praise for her elegant and captivating personality. She has a height of 5 feet 7 inches. With dark brown eyes and black hair, she really looks adorable. 34-25-34 are her body measurements.

Disha Patani net worth is approx $12 Million as of the year 2022. She has a huge fan following on social media platforms and she actively use it keep in touch with her fans.