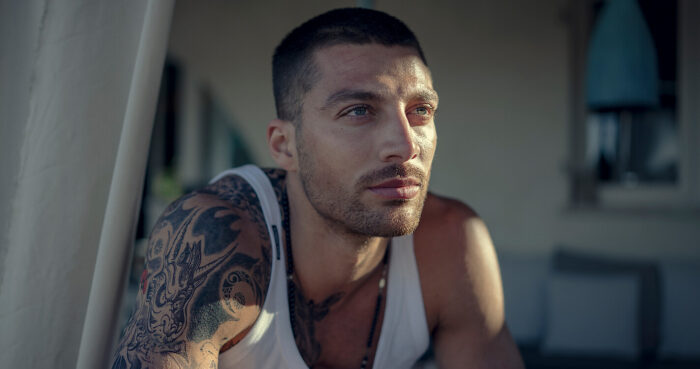 Netflix’s biggest hit of 2020 is back with another sequel. The movie is often termed as a creation of the famous fairytale “Beauty and the Beast’ and focuses on the life of a criminal Massimo, who entraps his love interest Laura in a giant mansion. Although the story of the movie wasn’t impressive or unique to the viewers and received derogatory remarks from the critics, it still trended continuously for day son Netflix because of the sensual sex scenes, which make it a tough competition to the fifty shades of grey.

Some viewers have also labeled the movie as the Polish 50 Shades of Grey. The movie first premiered in Polish theaters and was later aired on Netflix and our recent sources have revealed that a sequel of the movie is in progress that will take the story ahead from where it was left off in the first part. So keep reading for more information on casting, expected plotline, and recent developments in 365 Days 2.

The 365 Days is a famous Polish movie that originally premiered in 2020 and immediately became the biggest hit of the year on Netflix. It trended on top for a few weeks after its release on the streaming Platform and achieved high viewership. However, there was nothing new to the plot except for hot scenes. The plot revolves around the life of Massimo, a criminal who forcefully entraps his love interest, Laura, into his villa.

There he forces himself on her and makes her life miserable. However, as time progresses, Laura begins falling in love with him and gets pregnant with him. Later, towards the end of the movie both decide to get married while Missamo is still unaware of Laura’s pregnancy. The movie ends with Laura entering the tunnel but she does come out of it. This left the viewers with a cliffhanger with the hints of Laura getting kidnapped by another psychopath lover or rival mafia and probably getting killed.

The sequel of the movie will focus on the life of Massimo and Laura after marriage. While season 1 hinted toward the death of Laura, this is most likely a plot twist and Laura won’t die as there are two more parts of the book on which the story is based. Our sources have revealed that there will be the introduction of a love rival for Massimo who will kidnap Laura and will entrap her as Massimo did.

There are also rumors about Laura falling for the second chaser as he will do his best to win over her heart. Now, we have to wait and see how Massimo responds to this, especially after he learns about Laura’s pregnancy. We have also learned that the majority of the cast from part one will be signed for the sequel as well.

The main stars have already renewed their contract to play the role of Don Massimo and Laura Biel. We might also get to see some new faces as well, which will make the story interesting and worth watching. Similarly, as it is the same typical love triangle storyline, the makers are planning to include loads of sexual scenes to offer pleasure to the viewers and get a high viewership this time as well.

The sequel of the movie was announced in 2020 after the release of part one and filming began in mid-2021. The filming was wrapped up by the fall of 2021 and will first air on Netflix since the platform has purchased the right to release the movie. The expected release date of 365 days 2 is around the end of April. So, you do not have to wait for a long time since the movie will hit your screens on April 27, 2022, if you have a subscription to Netflix.

The first part of the movie ends on a cliffhanger with Laura entering the tunnel but never coming out. The viewers speculate that she might have been kidnapped by a rival mafia or another psychopath chaser like Massimo. However, one thing we are sure about is she will not die as there is a lot to the story that needs to be unraveled before Laura’s death.

This is the most asked question when we announce an upcoming sequel of a movie. Audiences are highly concerned about the casting as it can directly impact the overall story and performance. Fortunately, 365 Days 2 will be starring the majority of the original cast including the two main leads. You might also get to see some new faces as well that will be introduced later into the plot.

Who will be Missamo’s next victim if Laura dies?

Viewers are speculating that Olga might be the next victim of Missamo if Laura dies in the story. She is Laura’s best friend and her closest family. Therefore, Missamo might turn to her for comfort and might also catch her in his clutches, forcing her to be with him irrespective of the circumstances.

365 Days was undeniably a huge success for Netflix and the Polish film industry and generated high revenue thanks to its outstanding direction and performances by the actors. After the success of the movie, the makers have decided to progress with season 2 and have disregarded the bad reviews and comments from critics. This article is all about the latest updates regarding 365 Days 2 including the release date, spoilers, and plotline. So, don’t forget to read it carefully.