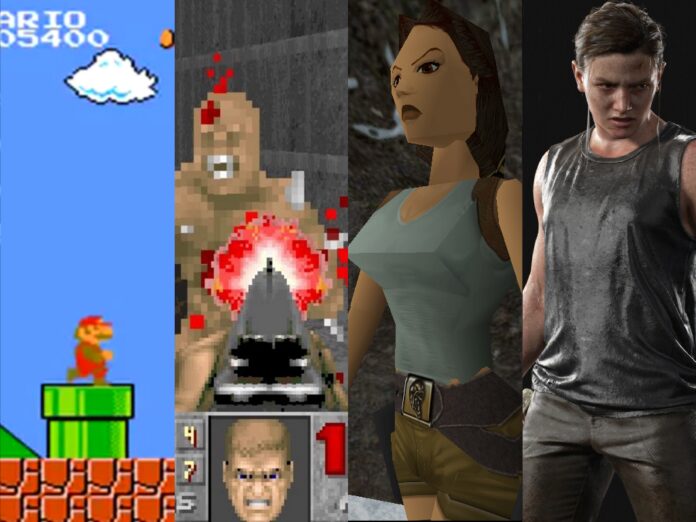 These advancements have not only improved the visual quality of games but have also opened up new possibilities for gameplay and immersive experiences. In this piece, we will look at the evolution of video game graphics, exploring the key milestones and technological advancements that have shaped the industry.

Importance of graphics in shaping the industry

Graphics play a crucial role in shaping the video game industry. They are a vital element of the player’s experience and can significantly impact the success of a game.

Good graphics can help to immerse the player in the game’s world and make the gameplay experience more realistic and engaging. In contrast, poor graphics can detract from the player’s experience and make a game less enjoyable. As a result, developers and publishers often place a significant emphasis on the graphics of their games, investing heavily in technology and talent to ensure that their games have top-quality visuals.

In addition to their impact on the player’s experience, graphics are also important in terms of the technical capabilities of a game. As graphics technology has improved, it has allowed for the creation of more complex and visually impressive games. This has opened up new possibilities for gameplay, such as the introduction of open-world games and virtual reality experiences.

Overall, the importance of graphics in shaping the industry cannot be overstated, as stated in GamingGadgets. They are a key element of the player’s experience and have played a significant role in the evolution and development of the video game industry.

The introduction of 16-bit graphics marked a significant improvement over 8-bit graphics. 16-bit graphics allowed for larger and more detailed sprites and a greater number of colors, which contributed to the improvement in graphics quality. Some examples of early games with 16-bit graphics include “Super Mario World,” “Sonic the Hedgehog,” “Final Fantasy,” and “The Legend of Zelda: A Link to the Past.” These games used the improved graphics capabilities of the 16-bit era to create more complex and visually impressive games.

The introduction of 8-bit and 16-bit graphics marked essential milestones in the evolution of video game graphics.

The Introduction to 3D and High Definition Graphics

The impact of 3D graphics on the industry was significant. With the ability to create 3D models and environments, game developers were able to create more realistic and immersive experiences for players. 3D graphics also allowed for greater flexibility in game design, as developers were no longer limited to the constraints of 2D graphics.

Overall, the introduction of 3D graphics and the subsequent development of high-definition graphics have had a significant impact on the video game industry. These technological advancements have allowed for the creation of more immersive and visually impressive games, which have helped to drive the growth and popularity of the industry.

The introduction of 4K resolution has had a major impact on the graphical fidelity of video games. 4K resolution, also known as ultra-high definition, provides an extremely high level of detail and clarity, with a resolution of 3840×2160 pixels. This level of graphical fidelity allows for incredibly lifelike graphics, with highly detailed characters and environments almost indistinguishable from real life.

The impact of 4K resolution on graphical fidelity has been significant, setting a new bar for the industry. Games rendered in 4K resolution have incredibly realistic graphics, with highly detailed characters and environments that vastly improve over previous generation graphics. This level of graphical fidelity allows for an even more immersive gameplay experience and has raised the bar for the industry.

Some examples of games with 4K resolution include “The Last of Us Part II,” “Red Dead Redemption 2,” and “Cyberpunk 2077.” These games make use of 4K resolution to create extremely realistic and immersive gameplay experiences, with highly detailed characters and environments that are a significant improvement over previous generation graphics.

The introduction of 4K resolution has had a major impact on the graphical fidelity of video games, setting a new bar for the industry and allowing for even more immersive gameplay experiences.

In conclusion, the evolution of video game graphics has been a fascinating journey that has shaped the industry into what it is today. As technology continues to advance, it will be interesting to see what the future holds for video game graphics.

What is Difference Between PCB and PCBA – 2023 Guide

How Do You Set Up a RFID Wristband?

Most Frequently Asked Questions Before and After Buying a Truck Bed...