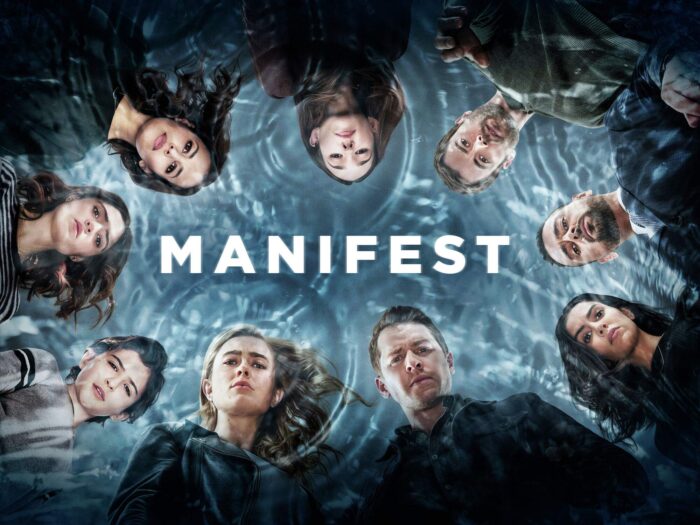 Season 3 of the popular show Manifest left so many unanswered questions when NBC canceled it and left the viewers with a cliffhanger. Lucky for all the fans out there, Netflix jumped in to save the day, ordering a fourth and final season, thanks to fans desperate to find out what happened to flight 828. Today, we will talk about Manifest season 4 and everything we know about it so far.

The show was canceled back in June 2021, shortly after the two-part finale aired on NBC. Viewers ended up being severely disappointed since they had expectations that the episode would wrap up all the loose ends in the story. In this article, we will explore what we might expect in the final season and summarize events we have seen so far, so beware since there are spoilers ahead. 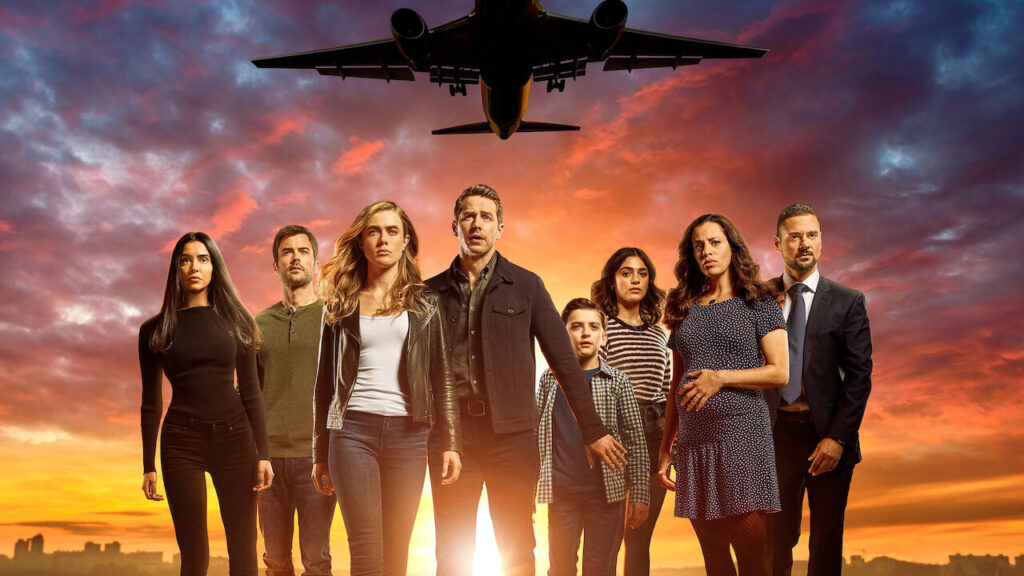 Manifest Season 4 is expected to be released in winter 2022. Responding to a fan on Twitter, Matt Long, who plays the role of Zeke in the series, wrote that the fourth season of Manifest would not air until the fall or winter of 2022, while creator Jeff Rake wrote in response to Stephen King asking about the return of Manifest: “I’m hearing November.”

What is interesting about these pieces of information is that the Rake mentioned a “batch” of new episodes rather than a season. We believe that there is a reason that he phrased the statement like this since the 20 episodes the show has been renewed for likely will not air in a single go.

Considering this, Manifest may release eight or ten episodes in the first “batch” and air what is left in the second. This is something that Netflix did when they saved Fox’s Lucifer show and aired the last season in two parts.

What is Manifest About?

Manifest is a series that first aired in 2018, and the story follows a commercial airliner 828 safely landing after a turbulent but routine flight. What makes an exciting plot twist is that in the span of these few hours, the world had aged five years, and the passengers’ friends and families had moved on after mourning their loss.

Everyone gets faced with the impossible, and these events create a lot of chaos in the lives of passengers and their loved ones. As their new lives become clear, a much deeper mystery unfolds, and some of the passengers come to a realization that they may be meant for something much bigger than they ever realized.

Why Was the Show Canceled in the First Place?

There were various reports and rumors of the show’s cancelation after three seasons, and one of the most popular opinions is that show lacked the numbers. This is a plausible claim since viewers declined from season one (12.61 million viewers) to season three (5.35 million viewers).

What to Expect From Manifest Season 4 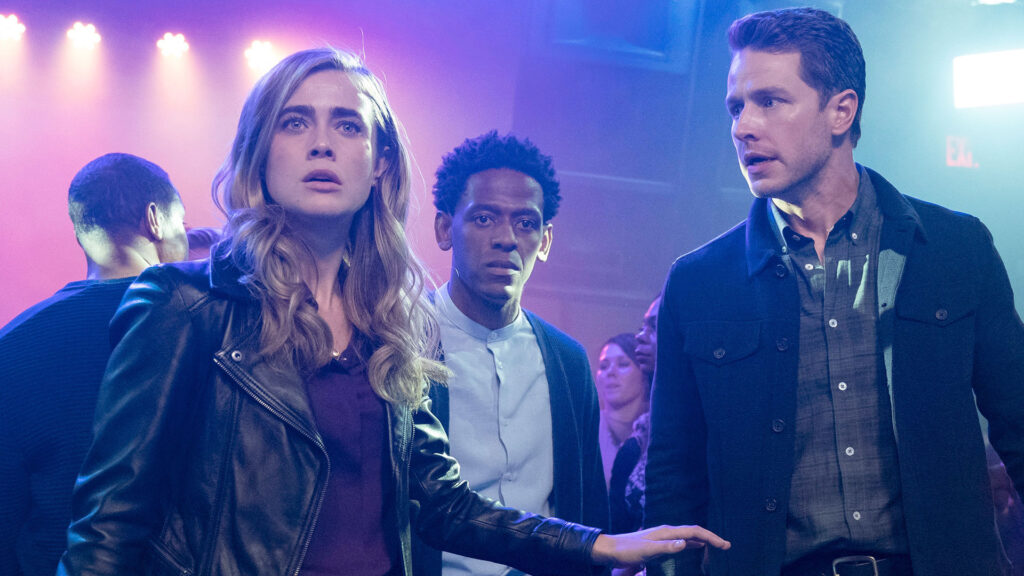 There is a lot to look forward to in the fourth and final season of the Manifest series. The creator of the show plans to squeeze three seasons’ worth of plot into 20 remaining episodes, and it is expected to be story and action-packed to reach the final conclusions.

Do not let this info discourage you by any means since Rake claims that he is confident enough that these 20 episodes will be more than enough to tell his story and get it to the natural conclusion.

Josh Dallas, the actor who plays Ben, tweeted: “Things are going to be a little…different,” alongside a photo of his newly grown beard. This is something that makes a lot of sense since his character went through a huge loss, and his new look will definitely match the character and the plotline.

Jeff Rake also elaborated on other cool and interesting events that will take place in the final season. It mostly revolved around Ben, who will be centered around processing, digesting, and coming to emotional terms with his loss. He will look to find a way to seek vengeance. There was also a tweet with an on-set photo from the funeral with the caption “Brace yourselves.”

Season 4 Cast: Who Will Return 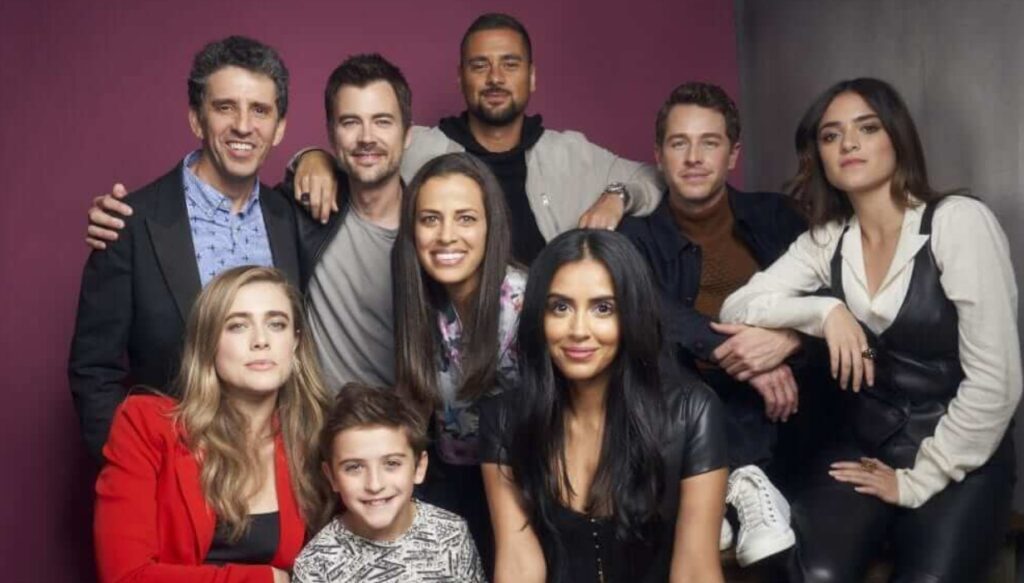 The cast of Manifest has remained steady throughout the show’s first three seasons. However, one of the biggest issues about the renewal of the show for its final season was getting the cast on board.

Josh Dallas, J.R. Ramirez, and Melissa Roxburgh were the first members of the crew that announced they would return. On September 9th, they were followed by Parveen Kaur, Luna Blaise, and Holly Taylor, while Ty Doran was promoted to series regular.

One of the key departures was Jack Messina, who played the role of Cal, even though it was reported he was negotiating with showrunners. Matt Long originally had a scheduling conflict due to his appearance in a new NBC pilot, Getaway, but he will return as well.

There are a number of new characters that will appear in the final season of Manifest. Thanks to a few casting grids, we were able to confirm some of the new cast members that will come aboard. There are some potential spoilers for season 4in the section below, so tread carefully.

Henry Kim – Henry is an Asian female character between 50 and 80 years of age. He must appear frail and thin, and he speaks English with a noticeable accent. This character was one of the passengers of flight 828, and as he returned to Singapore, he got detained. Henry undergoes a military tribunal and is later executed by the Singaporean government. Michaela Stone later learns about his death from Captain Kate Bowers, and his death is one of the most important factors in her decision to quit her job.
Kyle Boyd – Kyle is yet another passenger from flight 828
Tela and June – These are two minor characters

This concludes our article about Manifest Season 4. The bottom line is that the fourth and the last season is definitely coming and fans will finally get the closure for this beloved series. It is an exciting and innovative show that blends genres in a creative way, which is why it captured the hearts of so many viewers.